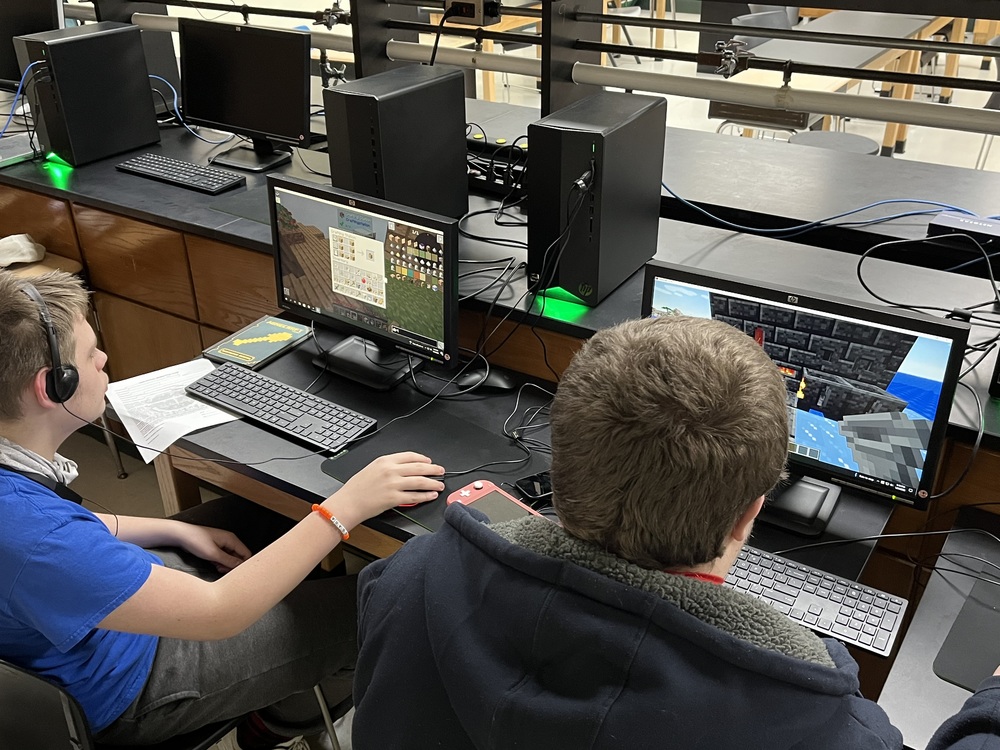 This fall was the first season for Commodore eSports. We joined the Indiana High School eSports Network (IHSEN) and competed in 2 different games that they sanctioned. Each season was 9 weeks long and there was a postseason tournament. On Mondays, the Valorant team played. This game is a cooperative fighting game where teams of 5 players competed. Students had to communicate with teammates to develop strategies to defeat the other team. On Tuesdays our teams participated in Rocket League. In this game, teams of 3 competed against each other in a game that can be best described as soccer with cars. The students had a good time and developed their skills as the season went on. By the end of the season, the matches were very close. Our first win of the season was during the first round of the Valorant tournament.

We look forward to participating in the spring season. We definitely plan on competing in the Valorant and Rocket Leagues, and we may add some other games if there is more interest.